Kleina (twisted doughnut) is an incredibly popular pastry in Iceland, enjoyed by people of all ages. It is no overstatement to say that kleina and a cup of coffee are Icelandic lifeblood.

What is the story behind this wonderful treat?

If my memory is not playing tricks with me, I tasted kleina for the first time several years ago in Seyðisfjörður.
One late September afternoon I was visiting my friends. We had a plan to go out, but unexpectedly the wind started to beat into the windows in a furious manner. Because of the wild and unexpected storm, no one was eager to eat outside and one of my fellows suddenly got the idea to prepare something to munch on at home. Right away she disappeared in the kitchen saying only: ‘No help needed’.

After a while, the home was filled with the divine smell of cardamom.
Þorbjörg returned holding a huge plate of freshly baked twisted doughnuts with an appetizing golden brown surface. I had never seen anything like it before. ‘Looks gorgeous, but what is this exactly?’ I asked. She started to laugh: you must be joking. It’s kleina, the national pastry of Iceland!’

One bite after another, kleinur (plural of kleina) completely stole my heart.

For sure I could not resist and ended up eating many of them. They were so tasty and in addition, evoked a kind of grandma’s warmth, immediately making you feel cozy and cheer you up. That evening, full of intense cardamom aroma, left me with such lovely memories. From then on, I started to notice kleinur everywhere – packed in bags of ten or so on the shelves in every supermarket, sold in every café and on the table at almost every Icelander’s home. 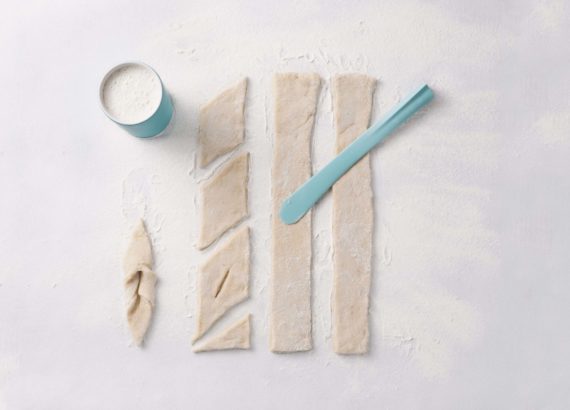 If you ever wonder how this deep-fried pastry made such a career, you should know that, like many Icelandic dishes kleina has its origins in other Scandinavian countries and Western Europoe. In Norway it was called fattigmann (poor man) or fattigmannbakkels (poor man’s pastry) and also has been well known in Denmark and Sweden since the medieval times.

The name was accurate. It was a widespread treat made from flour, egg yolks, sugar and butter – the ingredients easily available for almost everybody. Therefore from time to time everyone could enjoy it, even the not so wealthy.

In Iceland, the oldest mention of kleina comes from a cookbook printed around 1800. In the beginning these doughnuts were traditionally enjoyed during Christmas time, as elsewhere in Europe. Later in the 19th century, they became increasingly popular and started to be consumed not only in December. The fact that kleina is so delicious spread rapidly from farm to farm. Very soon it started to be an everyday coffee snack and remains that until this day. 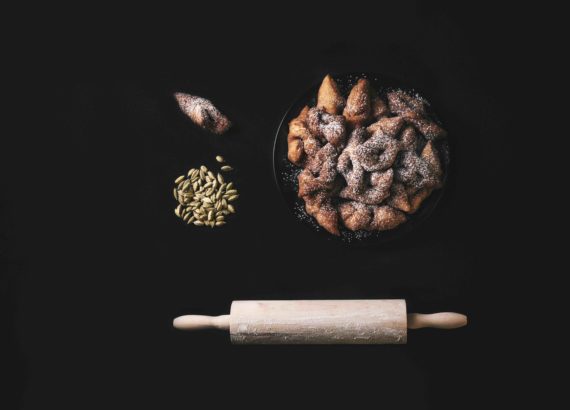 IN THE MOOD FOR KLEINUR

Every house has its own kleina customs. It has always been this way. The elongated diamond shape with the slit in the centre remains unchanged but other things can be different.

Usually kleina is plump and a little bit doughy. Some like it very big and soft whereas others prefer smaller, thinner and crispier ones. Some people love to give them some individual form by adding several tablespoons of cognac and vanilla. Sometimes they appear also in a chocolate-covered version, which is also highly addictive.

In Poland, where I come from, we have a slightly different type of doughnuts called faworki. They are much thinner than kleinur, crispier and sprinkled with powdered sugar.
When I am in Iceland and it is raining cats and dogs like on one of those late September evenings in Seyðisfjörður, I’m often in the mood to prepare some kleinur – my version of kleinur. Everything is according to Icelandic culinary tradition except for one thing. I always sprinkle them with powdered sugar. I simply can’t resist. Icelanders would never do that.