In the past few years, a gin wave has washed over the cocktail lovers of the world
and it has now hit Icelandic shores. Gin is one of the few drinks that is rarely drunk any other way than in a good cocktail and the classic Gin & Tonic, Martini Dry and Tom
Collins are now back in style. Never before have there been more cocktail bars in Iceland and Icelandic gin of high quality is now on the cocktail menus of most of these. Small
craft distilleries have appeared and it’s safe to say they’ve proven that clean Icelandic water, craft and passion are the ingredients needed to make great gin. 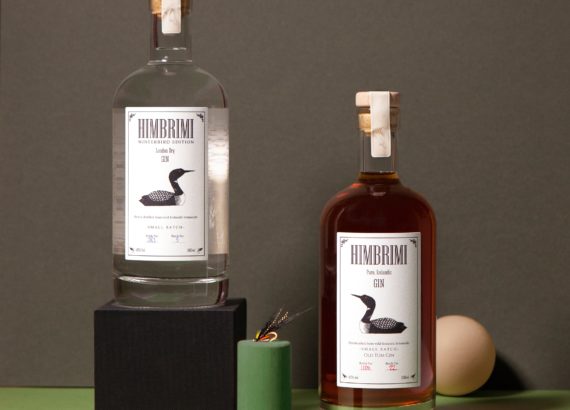 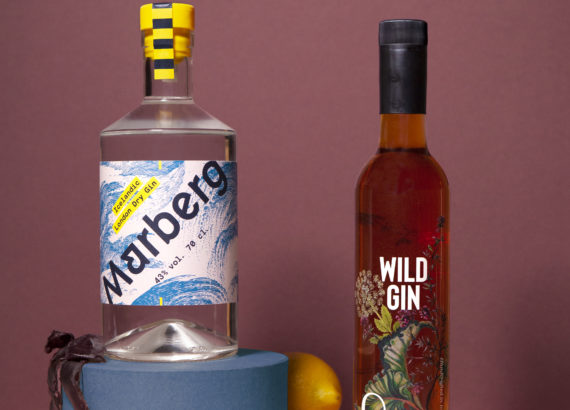 Try One Of Those Icelandic Gin From Small Craft Distilliries

The first Icelandic London Dry Gin, called Winterbird Edition. Distilled in the presence of the juniper berries and wild flowers, resulting in a full-flavoured gin that is extremely soft with long and smooth aftertaste. Awarded 2019 with a bronze medal at the prestigeous International Spritit Challenge.
himbrimi.com

Infused with natural handpicked ingredients like Wild Angelica flowers and Wild Arctic Thyme. Lavender and honey gives it the sweetness that allows it to be served with out anything else, right on the river banks. Awarded “World´s Best Compuond Gin” at the World Gin Awards 2019 in London, UK.
himbrimi.com

A London Dry styled gin immersed in flavour from all over the world, with juniper and citrus being the main carecteristics alongside Icelandic angelica root and dulse. A classic and refined gin, Marberg is perfect companion for a classy Tom Collins. Within a year from hitting the Icelandic market it had won four international awards.
marberg.is

This handcrafted, amber gin from Og natura, has botanicals that are hand collected from Iceland´s wild nature and is blended with pure glacier water. Being an Old Tom Gin, its flavour is rich of juniper, arctic thyme, crimson, angelica root and rhubarb. A little sparkling water will do to create an amazing drink.
ognatura.is

WHAT DO YOU KNOW ABOUT GIN?

Icelandic artist Óskar Ericsson was fishing up North, in Strandir, when the idea hit him to make a fishing drink with Icelandic herbs. The idea was to create a gin that could not only be brought along on fishing trips to drink on its own, but could also be mixed with tonic or used in a cocktail. This idea took flight and “Himbrimi Old Tom Gin” was created. Himbrimi is named after Óskar’s favorite bird, a bird which is also a good fishing partner and can often be seen in places where there is a good chance for a catch. Óskar handpicks the Icelandic herbs and flowers that grow along the river and uses them in his gin making in addition to juniper, arctic thyme, angelica flower and honey. Each bottle is labelled by hand and each lot is unique. Himbrimi Gin has received some well-deserved attention abroad, besides being awarded an international prize for taste and quality. As a “thanks” to Icelandic nature, 5% of the proceeds from each bottle that is sold goes to a nature conservation fund.

Few people know that gin is an old drink that was made with juniper and used for medicinal purposes in The Netherlands and Belgium in the 17th Century. British soldiers who had   come over to The  Netherlands to fight in the colonial war with France named the drink “Courage”, as they used to drink it to prepare for battle. Originally, the name of the drink was “Genever”, which is juniper in French, but the English shortened it to “Gin”, brought it back to England and made it their own.

There are many types of gin but to be able to use the name gin, juniper must be the characterizing flavor. Gin’s distinctive feature is also the complicated blend of herbs, flowers and citrus fruits that make the taste so versatile, soft and well suited for cocktails.

Two methods prevail in gin production and it’s good to know the difference to be able to figure out what suits your taste. There is the so-called “cold-compound” method, otherwise known as the “bathtub” method, where spirit and flavoring are mixed and allowed to stand for a few days, then filtered and diluted with water. Then there are the “distilled” and “London Dry” methods that are used to make high quality gin. Here, the gin is distilled once or a few times and the herbal flavors are added during distillery, or afterwards. The “London Dry” method is subject to very strict rules where you cannot add any flavoring after distillation, nor use sugar or coloring.

The quality of a gin also depends on the quantity that is made each time – the smaller the quantity, the more control the brewer has over the quality. Small breweries often number the bottles to indicate the distillation the liquid derives from and in the correct tapping order.

In the last few years, rule-breaking gin offsprings have popped up, where juniper is not the ruling flavor but is instead balanced with other flavors in order to appeal to a wider audience. This new type of gin is sometimes called “The New Western Dry Gin” and most of them are distilled. Recently “Old Tom”, a British recipe from the 18th century was brought back to life. Old Tom is made according to the “compound” method and is a little sweeter than London Dry, with less juniper and often aged in casks. The perception is that this resembles the old Genever taste, but only Genever produced in The Netherlands can say Genever on it’s bottles.

Hopefully this goes some way to explain the origins of this fun drink that has charmed the world with it’s powerful taste. Next time you go to a bar, order Icelandic gin and let the bartender give your tastebuds a nice surprise.